The term paternity refers to asserting being someone’s father or Fatherhood. Paternity tests are done to determine a child’s father. The identity of the father must be conclusively proved immediately. This ensures that the father gets to visit his child or establish paternity.

It is also for allowing the father’s access to rights that they are entitled to legally. The identity of the father has to be confirmed. Then, the court will not deny the father custody or visitation of the child.

The establishment of parents’ identities helps the child to inherit benefits such as Health, disability, survivors’, and life insurance. In this article, we will show some frequently asked questions and facts about establishing paternity.

Why should fathers establish paternity?

Confirming the paternity of the child is important, it is not just about financial or legal matters. Each child gets entitled to the information to know who their father is. They have the right to be acknowledged by his or her father.

The child gains a host of legal benefits. Your child will be receiving monetary child support each month. Additionally, they will have the right to death benefits legally. This includes the Veteran’s advantages or Social Security. Any possible inheritance will get passed down to the child as well (In case, the father passes away).

If one does not establish paternity, their child could lose these advantages which can aid them financially.

Considering, you have a history of genetic disease in your family. If your child knows about their paternity, they will have access to this information as well. They can take possible precautions to protect themselves. Such as identifying the disease and treating it before it develops further.

Also, not establishing paternity can cost the father more. Not only the child would be deprived of the opportunity to know and connect with their father.

There is a chance that the father can be sued for unpaid child support due to unconfirmed paternity. The court will order for a paternity test to be done. If you are the father, you will be asked to pay the amount you were sued for.

How long do fathers have to establish paternity?

Ideally, the paternity should be filed within the first 2 years of the child’s birth. While there are exceptions in the cases, this should get established as soon as possible.

In case, the mother has filed for the paternity to get determined and the father does not follow the law. He would get named as the ‘de facto custodian’ by the court in many states. The fathers will have to pay the child support. If they fail to pay it, they can face legal repercussions, even some jail time.

Acknowledgment of paternity in case you are not the father 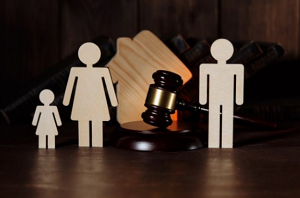 Do not acknowledge paternity in case you are not the father, or suspect that you might not be the father. Not even if you are facing pressure to do so by anyone. Instead, head for the court and file for a paternity test to be done. You will the charged with child support if you sign that you are the father.

You might even have to compensate the state for the welfare payments. They get sent to the mother of the child.

Although, you can prove to the court that you are not the father of the child after a paternity test is complete. But you will not be receiving the money you sent for child support back. As you acknowledged the paternity, knowingly or not.

Other states allow the mothers to state the name of the father in his absence. Due to this, some women resort to writing the name of another person than the actual father’s. They do this because they probably have split from the child’s biological father. And are in a relationship with someone else who they prefer.

This can result in a criminal offense. Naming someone else as the father than the biological one is not a good idea. Even if you wish that the other guy should be responsible for your child. Write the correct name and move to the court if the bio father refuses to sign the acknowledgment.

READ MORE: How long do you have to work to file taxes

How can a father establish paternity?

If you are the father and are certain, then sign the baby’s certificate. The Department of Health & Human Services in the United States offers the chance to all unwed parents to establish paternity. All states provide this choice to the parents. Either they can do this at birth, or at a later date.

While the hospital personnel does coax people into signing the papers, it is only to ensure that the mothers have welfare support, and the child has a guardian. In other states such as California, the only way the father’s name is put on by voluntary declaration of paternity.

If the father is not present at the time of birth, he will get listed as absent. The mother and father can sign the birth certificate at a later date.

In case of a dispute between the parents and they split, after which the baby is born and their ex-partner refuses to sign the voluntary declaration, they will have to choose the legal way. The court will determine the paternity, and the partner will have to sign the certificate. As well as make the reimbursements required.

Conflicts over paternity are usually about child support or visitation as well as custody. In other cases, it is done because of the father’s suspicion of not being the bio dad.  Bio fathers, however, cannot run from the responsibility of a child.

Even if they choose to terminate the rights, it is not that easy. The process takes time and then the father cannot establish themselves as the child’s guardian.

If you are not married and are in a paternity dispute, then reach out to an experienced attorney for help. They can guide you on how to go further about the case.

For years I have studied the irs regulations regarding forms and taxes. All the information in this blog is sourced from the Internal Revenue Service (Irs) of the United States government .